“Over the years, I have lost several relatives and friends to smoking related illnesses. I am partnering with Music Beats Cancer to help fight the war on cancer and give hope to those who have a desire to quit.” 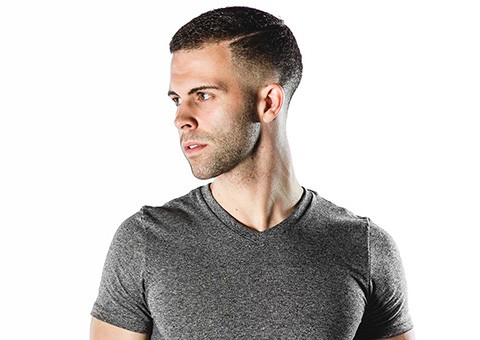 With his playfulness, his sensual falsetto, his hip hop dance moves, his broad appeal to a wide audience and his athletic and sexy physique, Ricky Jarman draws tons of “oohs” and “ahs” wherever he performs.

As a youth, Jarman was sought after both by Lou Pearlman of Transcontinental Records (responsible for signing N’sync, Backstreet boys, and Britney Spears) and Christian ”Dio” Diodatti of Caliber Records. (Dio has done remixes for Michael Jackson and Mary J. Blige among others) Each person wanting Ricky for their own projects they were working on separately. After much self-reflection, he decided to work with Dio of Caliber Records in a boy band called UNITED. Through that time he was able to meet and work with people such as Andrea Martin (song writer/voice coach known for work with Whitney Houston and Mariah Cary), and Glenn Douglas Packard. (Packard notably worked as a choreographer for Britney Spear). Even though the boy band project folded and was shelved due to some personal choices of some of the band members, his career continued to rise as he left that stage in his journey to pursue a solo career.

Whatever is required, Ricky creates it & makes things happen, giving proof to the dream that living what you love can become a reality.