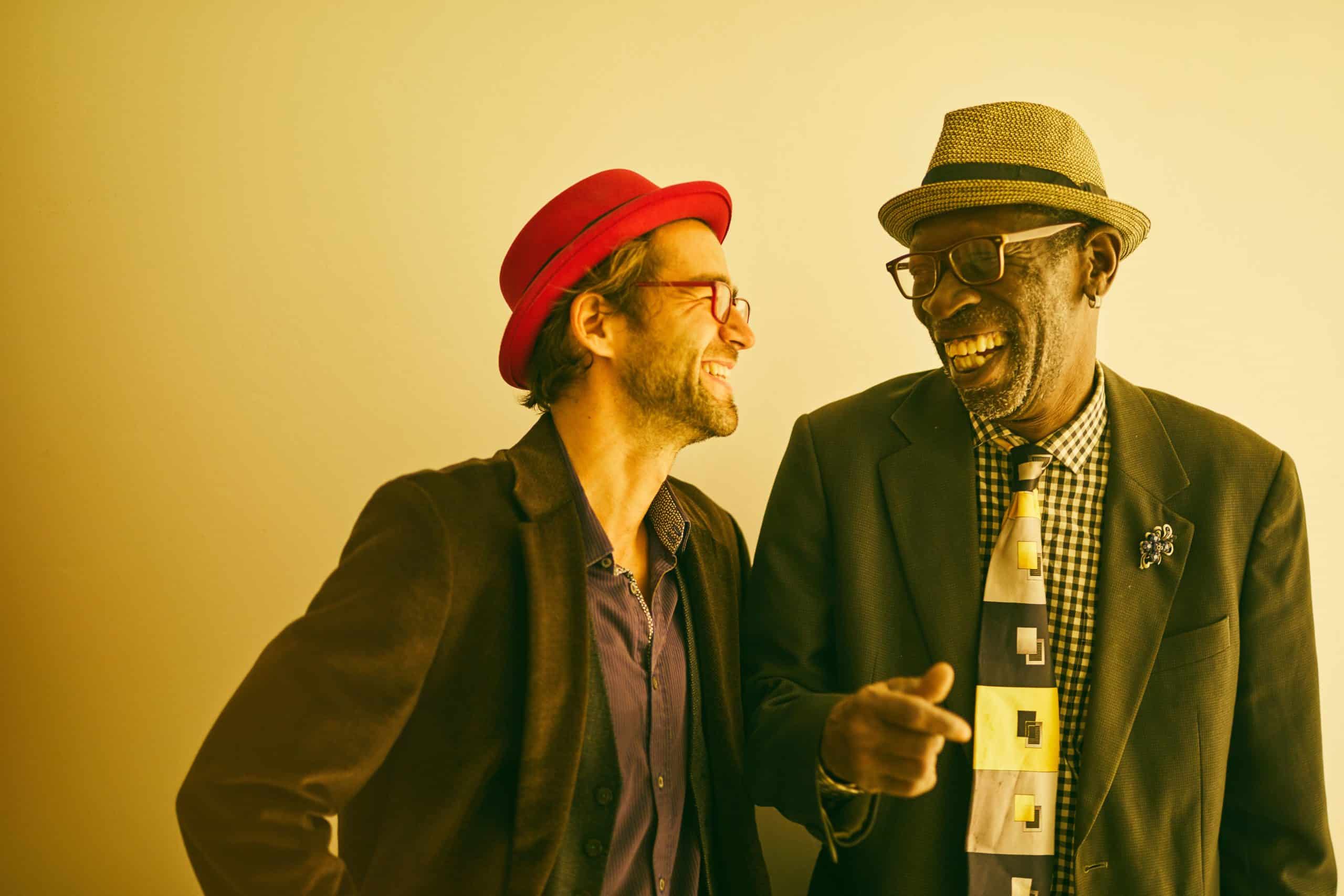 Vincent Raffard is a French singer-songwriter and multi-instrumentalist from Paris, France. His music can not be categorized into just one genre, rather it is a mix of many styles, including world music, jazz, blues, funk, and traditional Fresh music. He has been an established musician in South Florida since 2007. In 2012  he created his own group of local and international professional jazz musicians known as the Perfect Colors Collective. Vincent is artistic director and manager of the band, in which he is the lead singer, guitarist, and trumpet player.  The Perfect Colors Collective plays a mix of gypsy jazz and Vince’s original music, giving concerts regularly throughout Florida, as well as New York, California, and the Caribbean. Since 2006, Vincent has composed, co-produced and recorded 6 albums, the last of which was a collaboration in 2020 with his long-time musical partner Wendell Morrison.

Wendell Morrison is a singer born in New Jersey in 1956. In an extraordinary career as a recording artist, he has sung on records made by Coati Mundi, Loleatta Holloway, Arthur Baker, Culture Club, Bruce Springsteen and many other renowned artists.  Wendell used to be in a group called Inner Life alongside his wife Marian Rolle and Jocelyn Brown. Wendell and Marion also recorded for Salsoul Records in the 1970’s. At the end of the 80’s Wendell and Marian signed to Tink! Records and teamed up on many projects and recordings, both as solo artists and backing vocalists.

Wendell and Vincent met in 2008 in Miami, and had an instant musical connection. The result of this connection has led to many live performances and recordings.

In 2020, both Wendell and Vincent went through traumatic life experiences. On January 17, Vincent was the victim of a horrific motorcycle accident that almost took his life.  Despite a poor prognosis from the doctors, he was released from the hospital after two months. With a renewed passion for life, he started rehabilitating himself, and in only two months, and to the amazement of his doctors, he recovered and slowly started to perform again, now with an even stronger sense of purpose and vitality. Sadly, just a few days after Vincent’s release from the hospital, in the beginning of March, Wendell lost his wife of 40 years Marian Rolle.  Marian was not just Wendell’s life partner, but also his most beloved musical partner.

Having made music together since 2008, Vincent and Wendell knew that their passion for music would give them the power and the faith to to continue the fight for life. Their album “Sound Wave”  tells their story, and Wendell and Vincent want nothing more than to share these musical stories. Click HERE to listen.

"Music form the soul creates love vibrations that can cure anyone and anything."