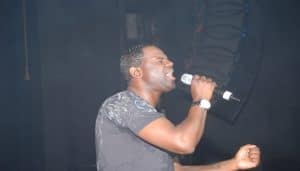 Music has the power to heal the soul, but that’s not the only way it helps us. It spreads good energy, helps us confront and process our emotions, and is always the steady companion in our lives that makes us feel less alone. Sometimes, that’s all that one needs — especially if they’re in the clutches of a life-threatening disease such as cancer.

Musicians understand the power of music very well, as well as the importance of advocating for those who don’t have a voice as loud as musicians themselves do. People tend to think that celebrity musicians only get involved in charity work for some PR points with the audiences, but that’s not necessarily the case.

One of the shining examples of musicians that were able to become a force of positive change in society is undoubtedly Brian McKnight, American R’n’B singer, and songwriter. He is a musical prodigy who plays multiple instruments, including piano, guitar, bass guitar, trombone, tuba, trumpet, and drums. McKnight is one of the artists who had the most Grammy nominations but never won the award themselves, along with Snoop Dogg and Morten Lindberg. However, even his 16 nominations are a huge recognition for his decades-long fruitful career. Brian McKnight has made similar strides in his charity work as well. He supports charities such as Gateway for Cancer Research, Stand Up To Cancer and Shriners Hospitals for Children.

Most notably, Brian is the founder of the McKnight 360 Foundation. He launched it in 2012 with the goal of helping provide solutions and raising awareness of the lack of funding for musical programs in schools. His efforts to foster and encourage creativity in the younger population opens their eyes to the significance and value of art in today’s society. Incidentally, it also helps raise awareness of the fact that music can change one’s life.

Brian McKnight has recently taken part in “The Greatest Gateway”, described as “an awe-inspiring event of world-renowned entertainment” benefiting Gateway for Cancer Research, which was founded by Richard J. Stephenson of Cancer Treatment Centers of America. McKnight headlined the charity event that was inspired by the movie The Greatest Showman, as part of the annual Chicago Cures Gala. The event was held in October 2018 and hosted by actress and comedian Melissa Peterman.

That’s what it means to facilitate positive change: taking the resources available to you and providing more for the less fortunate. People afflicted by cancer know how important it is to raise awareness of this difficult disease and find a way to beat it once and for all. By helping organizations such as Gateway for Cancer Research, influential people are ensuring that cancer will be beaten with time.