How Little Big Town Stands Up to Cancer 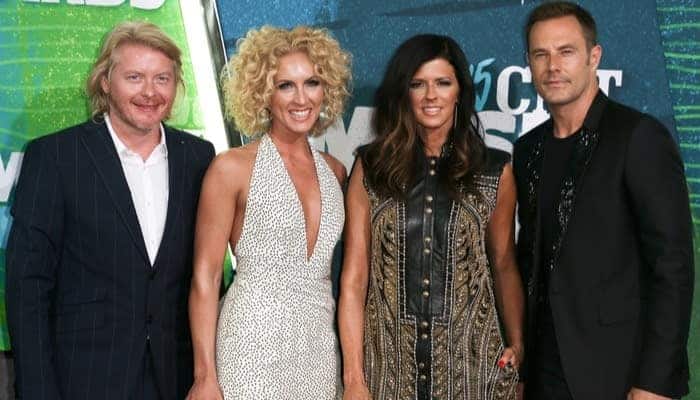 Their first record deal was with Mercury Nashville Records, but the band was dropped before releasing an album. Their second contract, this time with Monument Records Nashville, started in 2002 and resulted in the release of their debut album, Little Big Town the same year. The singles ‘Don’t Waste My Time’ and ‘Everything Changes’ peaked at 33 and 42 on the Billboard Hot Country Songs chart. Unfortunately, Monument’s Nashville branch was soon dissolved, and the band was once again without a label.

In 2005, the group was signed to Equity Music Group, so the band didn’t lose time, releasing the same year their third album The Road to Here. The second single from that album, ‘Bring It On Home,’ became their first top 5 hit on Hot Country Songs. Followed by such hits as ‘A Little More You’ and ‘Good as Gone,’ the album became certified Platinum in the US.

Next year they released their third studio album, A Place to Land, but by the end of the next year, the band left the Equity label. They signed for Capitol Nashville and played as an opening band for Carrie Underwood on her Carnival Ride Tour. Their first headlining tour was in January 2009, and the same year they were nominated for a Vocal Group of the Year at the CMA Awards.

Their commercial success came with their fourth studio album, The Reason Why, and their popular hit single ‘Little White Church.’ It peaked at number 6 on the country chart. The band went on tour with Sugarland, playing as their opening band, as well as their own The Reason Why tour. The fifth album Tornado was released in 2012, and the lead single ‘Pontoon’ soon became their first number one hit on Hot Country Songs. It was also their first single to receive a Platinum certification and a Grammy Award.

In 2014, the band released their sixth album Pain Killer and played at the Grand Ole Opry. The second single from that album, ‘Girl Crush’ came under scrutiny for the song’s supposed lesbian theme. However, this didn’t affect the song’s popularity, because it became their second no.1 on a Billboard chart. Both the album and the song were nominated for the Grammy Awards, winning the award for the Best Country Group performance.

Other albums, tours, and events followed suit, with such hits as ‘Better Man’ (written by Taylor Swift), and a fantastic opportunity to be residents at the Ryman Auditorium in Nashville.

Through their ups and downs, as individuals and as a band, these four people always found time and energy for charity work. They have been raising money for Blood: Water Mission, a local non-profit committed to empowering communities to work together against the HIV/AIDS and water crises in Africa, and played as a headliner at Fight for Life, California’s annual cancer fundraiser. They’ve also supported Stand Up To Cancer, Feeding America, Red Cross, and Melanoma Research Alliance.

It’s always so wonderful to see such kind people fighting for better opportunities and the healthy lives of others. We can’t wait to see them amaze us with more of their great music and their social activism!