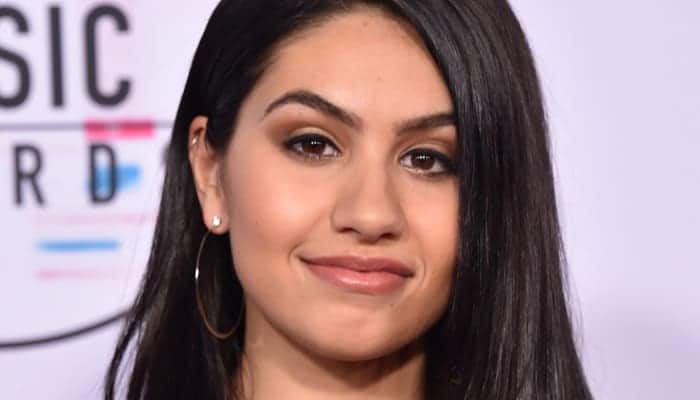 Alessia Caracciolo, better known as Alessia Cara, is a Canadian singer, songwriter, and multi-instrumentalist. She was born in Ontario to Italian-Canadian parents.

As a little girl, she loved writing poetry and doing theatre. She was only 10 when she started playing guitar and taught herself how to play various songs. When she was 13, she started uploading acoustic versions of songs on her YouTube channel, only to be urged by a talent scout to start writing her own songs.

Soon after, she signed a management deal with EP Entertainment, releasing ‘Here’ – her official debut single through Def Jam, reaching the Billboard Hot 100 Top 10 in the U.S. in November 2015 and eventually peaking at No. 5. The single further became a worldwide hit, including the UK, where she took the runner-up spot on the BBC Sound of 2016 Poll. MTV has described ‘Here’ as ‘a song for everyone who secretly hates parties.’ As Alessia explained it, the song is her personal experience with going to a party and being super uncomfortable about it.

In July of 2015, Cara made her TV debut on The Tonight Show Starring Jimmy Fallon, and later that year, ‘Here’ received a nomination for original song at the Streamy Awards. By the end of the year, her debut album Know-It-All was released.

All of this led to her first headlining tour, the Know-It-All Tour, where she performed in numerous US and Canadian cities. Many awards, videos, and guest appearances followed suit, as well as an opportunity to tour with Coldplay in the North American and European legs of their A Head Full of Dreams Tour, alongside Grammy winner artist Foxes.

In 2018, she was named the Best New Artist at the Grammy Awards, making her the first Canadian artist to win this prestigious award.

“I never thought I’d achieve something like this so early on,” she has stated.

Later that year, she released a ‘Growing Pains’ single, whose music video was nominated for Best Cinematography at the MTV VMAs. Cara wrote the song during a time when she felt lost within herself.

Cara’s second studio album, The Pains of Growing, was released in November 2018. It debuted at No.1 on the US iTunes Pop Charts, less than two hours after its release.

With two albums, three tours, and countless awards, she states that she’s still trying to discover her purpose through music. Her soulful, expressive lyrics and artistry make her a voice for her generation. She has the ability to inspire and affect today’s youth with her music and charity work.

It’s no wonder then that she partnered with Smilezone Foundation and became their ambassador with a mission to put smiles on children’s faces in hospitals and children’s centers. And that’s just one of the causes and charities she wholeheartedly supports. Among many are Entertainment Industry Foundation and Stand Up To Cancer organizations.

We are delighted to see such a young and inspiring person who uses her platform to make a difference in the world. As we like to say, a real agent of positive change!