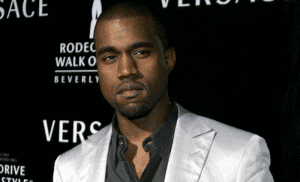 Kanye West and his wife Kim Kardashian West are probably one of the most recognizable couples on the planet. They both regularly make the headlines, and although the rapper has been known to cause a misstep here and there, he remains a powerhouse in the industry and a force of good.

It is perhaps best exemplified in Kanye West’s charity work, which is nothing to scoff at. He supports over 25 causes and is the co-founder of the Dr. Donda West Foundation, which he formed in 2005 with his late mother, whom the foundation is named after. West helped the victims of Hurricane Katrina by contributing to a CD compilation, and over the course of his career, he supported the solving of many pressing and broad issues by donating concert proceeds to various charities.

West is a true believer in the power of music. “During my high school years, it’s the music that I really felt saved me. It kept me out of the streets; it gave me something to do when I got kicked off the basketball team. You just get lost in the music. That’s what I did,” he said.

And that’s what he’s doing for his fans who are going through hard times. In January 2018, a couple of Tweets that surfaced described how Kanye made one of his fans happy in her last moments, only a few days before she passed away from cancer. The rapper called the girl, and they were talking over FaceTime when Kanye agreed to rap “I Love Kanye” for her. Kanye’s wife, who was also present, later confirmed the story on Twitter by stating that they were praying for the girl’s family.

It wasn’t the first time Kanye took the time to comfort one of his fans. The previous time it was a boy who was fighting paralysis following a car accident a few years prior. West sent him a personalized inspired note, stating: “You are an inspiration. You show the world anything is possible. Thank you for sharing your journey,” along with a pair of shoes of his design.

The Kardashian-West family, unfortunately, hasn’t escaped cases of cancer either. When Kim Kardashian’s cousin CiCi Bussey was sick with cancer, Kanye took her to a Couture fashion show to get her mind off her illness. Most recently, Kanye’s father was diagnosed with prostate cancer and seems to be reacting well to his treatment in LA.

Other than his charity work, the rapper is well known for his music and artistry. As a multiple Grammy Award-winning producer and artist, Kanye is well aware of the difference that the positive energy of music can bring into the lives of people going through hard times. He’s a real fighter against cancer, poor education, hunger, and poverty, and we don’t expect to see his crusade slow down for a second any time soon.

That is the essence of being the positive change you wish to see in the world, and Kanye West is passing the message on, both through his music and his great activism and charity work.