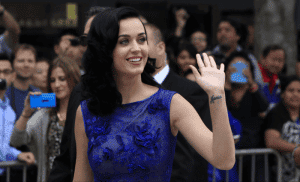 Aside from being a recognized artist and one of the highest-paid women in the music industry, Katy Perry is also one of the most active philanthropists among celebrities. She has supported many charitable organizations and causes during her career, and she dedicates a significant portion of her time to helping people suffering from diseases such as cancer.

Perry is mainly focused on helping the world’s most vulnerable children and adolescents, and apart from raising funds for charities through concerts and events, she engages personally with many children and young people in need.

During the 2008 Warped Tour, Katy Perry had a cast made of her breasts and put it up on auction to raise money for the Keep a Breast Foundation.

In 2013, she hosted the “We Can Survive” concert at the Hollywood Bowl in Los Angeles. The show lasted for more than three and a half hours, and Perry staged a hand-picked, all-female group of truly amazing musical artists and pop stars, all in benefit of an organization that helps young women who have breast cancer, the Young Survival Coalition. Katy picked up a fabulous girl-power team for the breast cancer concert, including Bonnie McKee, Kacey Musgraves, Sara Bareilles, Ellie Goulding, and duo Tegan and Sara. The night in Los Angeles ended with all of them coming together for Parry’s popular song “Roar.”

In October 2013, a Toronto teen fighting a brain tumor sung Perry’s “Roar” in a YouTube video. Olivia Wise was 16 years old at the time, and she has always loved to sing. “Roar” was her survival hymn. Katy responded to the girl in a video message, saying:

“I love you, a lot of people love you, and that’s why your video got to me, and it moved everybody that saw it. Thank you so much. Keep roaring.”

Perry’s video included a link to a fund in Olivia’s name set to raise money for brain tumor research.

Five-year-old Addy got diagnosed with stage IV kidney cancer in 2013. The little fighter successfully beat the disease, and the Make-A-Wish foundation helped her star in her own music video to celebrate. Addy chose to sing her favorite song from her favorite singer – it was Katy Perry’s “Roar,” of course.

Addy has a lot of fun in the video, dancing and singing her way through the most adorable version of the hit song you’ve ever heard. Complete with a purple wig and sassy attitude, little Addy roared louder than ever before.

When eight-year-old Madeline Guarraia was fighting a devastating second battle with leukemia, Katy gave her much needed attention and support. She sent an inspiring video message to the little girl.

“I just want to tell you that I love you, and that I’m here for you and that I did write “Roar” for you,” Perry said in the video. “So I just want to send you all of my love and my strength, and I know you are such a strong young girl.”

In December 2017, Katy Perry made a 9-year-old cancer survivor’s dream come true by gifting the girl with VIP tickets for one of her concerts – and a chance to sing with her.

As a part of a Make-A-Wish-Foundation meet and greet, Perry teamed up with little Rayna Massie to sing an adorable duet of – you guessed it – her famous hit “Roar.”

During the private gig, Perry reportedly sang Roar, Firework, and Chained to the Rhythm. After Katy Parry visited Grace Moores, her older sister Tiana tweeted several pictures, including the caption: “GUYS WE DID IT! @katyperry just visited grace! She’s truely amazing and such a sweet person this was truly amazing!”

People like Katy Perry bring back faith in humanity because they show the rest of the world that art, music, and love are the most potent forces in the Universe.