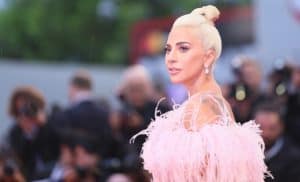 Lady Gaga has been one of the top hitmakers in the pop music industry for years. Ever since her breakout hits Just Dance and Poker Face in 2008, Lady Gaga has remained at the very top of the charts, releasing five studio albums, winning six Grammy Awards, three Brit Awards, and thirteen MTV Video Music Awards. Her album sales are estimated at 27 million albums and 146 million singles as of January 2016.

Lady Gaga’s charity work is almost as extensive as her music. As a considerable philanthropist, Gaga founded her Born This Way Foundation in 2011 with her mother, Cynthia Germanotta. The foundation aim is to “foster a more accepting society, where differences are embraced, and individuality is celebrated.” As such, it primarily supports the wellness of young people to empower them to build a braver, kinder world. Recently Lady Gaga expanded her foundation to help orphaned children and teenage mothers.

However, when it comes to Lady Gaga’s music and fight against cancer, two stories stand out. One is of a Lady Gaga superfan who wanted to celebrate life by attending Gaga’s concert. The other was the profound impact cancer has had on Lady Gaga’s private life recently.

The Lady Gaga superfan Melissa Anne Dabas is the 42-year-old Virginia mother of two who fought breast cancer for years. After a double mastectomy and many rounds of chemo, Melissa was told that she no longer had breast cancer and decided to celebrate by buying tickets for Lady Gaga’s Washington DC concert. She spent $10,000 on 26 tickets for everyone who helped her fight cancer. Unfortunately, life had other plans for this real-life hero — two months before the show, her cancer returned in a more aggressive form than ever. Melissa died from a massive stroke, listening to Lady Gaga’s music in her final moments. To honor his wife’s memory, Jay Dabas created a raffle for ten of the box seats for the concert his wife wouldn’t get to attend, raising nearly $50,000 for the Melissa Anne Dabas Charitable Trust to help patients at Valley Health Cancer Center.

Lady Gaga herself is among the people who are looking for healing through music as she was struck by her cancer tragedy when her friend Sonja Durham died of cancer during Gaga’s filming of “A Star Is Born.” That same day, she filmed a scene in A Star is Born, singing one of the songs from the movie. She said her co-star Bradley Cooper told her she didn’t have to sing again, but “all I ever wanted to do was sing. I’ll never forget that day. It was really a special scene, and I’ll always remember that moment.”

When it would have been her late friend Sonja Durham’s 42nd birthday, Lady Gaga started a series of Instagram posts so as to celebrate her birthday. Gaga’s boyfriend and talent agent, Christian Carino, was also there to support her during that difficult day. In an Instagram post, where she appeared alongside Christian Carino, saying that “After rollin around on the couch feeling sad with the help of some of my #grigiogirls and a very special someone I managed to dress up and feel better in a beautiful pink sequined dress generously gifted to me from @oscardelarenta Sonja would want us to celebrate her Birthday. So we are. Dressed in Pink and handing out pink chocolate kisses for #breastcancerawareness”

Anyone who’s lost somebody to cancer knows it’s heartbreaking. It is why it’s so important for celebrities to not only be able to use their platform for charity work but also to give a voice for cancer patients, and contribute with music and healing for the affected, creating a positive change in the world. Lady Gaga is undoubtedly one of the most prominent artists in pop music today who are capable of doing that.