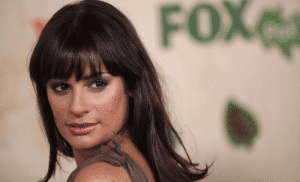 Lea Michele, one of the stars of the hit show Glee, singer, actress, and author, is one of the celebrities that make positive change happen for those in need. Michele began her rise to fame as a child actress on Broadway and has since been nominated for an Emmy Award once, for a Golden Globe twice, and for the Grammy Award three times.

Michele is a prominent philanthropist, supporting various causes that fight and support research of different diseases, and she’s an outspoken activist for animal rights and gay rights. Some of her most notable charity and activist work includes performing at benefit concerts and fundraisers.

In 2007, Michele performed at the Lucille Lortel Theatre in support of Broadway Cares/Equity Fights AIDS and participated in Broadway Barks, Broadway Bares, and the Easter Bonnet Competition.

In 2008 and 2010, the singer fought for animal rights in PETA’s advertising campaigns against horse-drawn carriage rides and fur clothing, for which PETA eventually honored her. In 2016 she joined the campaign to help prevent the decline of global bee population in collaboration with Burt’s Bees.

On several occasions, she campaigned for gay, lesbian, bisexual and trans equality, first by performing at the Human Rights Campaign dinner in 2009, then along with Jonathan Groff she performed for True Colors Cabaret, raising awareness of the issues faced by the LGBTQ community.

Lea Michele’s work on supporting cancer research, encouraging early detection and helping heal the emotional wounds caused by cancer, through her music, has helped raise awareness of this horrible disease and fight its effects. Most notably, the singer performed at the 17th annual fundraiser Taste for a Cure for the Jonsson Cancer Center Foundation, along with Darren Criss, her co-star from Glee. They did it twice — the second time happened in April 2014, when they were performers on the 19th annual Taste for a Cure event.

Michele also partnered with Evian to launch a breast cancer awareness campaign that would educate and encourage women to perform their breast exams and help early cancer detection which is crucial to saving lives. She once again showed she would be a true champion fighting against cancer when she decided to donate some of her most beautiful outfits to celebrate the relaunch of Sharity and support the National Breast Cancer Foundation. The items she sold included a Calvin Klein jumpsuit as well as a red lace dress and a watercolor-print gown by Peter Som.

Ever since she found mainstream success with Glee and her two studio albums, Louder and Places, Michele has made sure we would remember her name not only thanks to her angelic voice and acting chops but also to her incredible philanthropy and dedication to the causes that are close to her heart. She’s a champion of the downtrodden and one of the positive forces in the music business that bring awareness to important issues and try to change them with all the star power they got. We’re sure we’ll be hearing more about this incredible lady’s work in the future.

Cancer is the second leading cause of death for women in middle-income and high-income countries. Low-income countries are also experiencing an increase in the female cancer burden due to economic…Read More

Women of all ages, races, and ethnicities are diagnosed with cancer each year across the globe. Worldwide trends indicate that there is a growing incidence of women developing cancer, especially…Read More

Cancer doesn’t discriminate. It can affect people of any age, race, ethnicity, religion or social status. That said, proper cancer care is NOT equally accessible for all people. Therefore…Read More