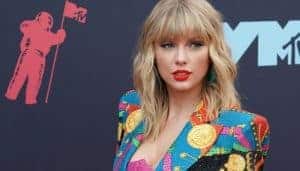 Taylor Swift needs no introduction – that’s how big of a star she is. She hit the world like a storm in 2006 with her debut album that eventually became the longest-charting album in the United States in the 21st century. Her single Our Song turned her into the youngest person ever to write and perform a number-one song on the Billboard charts.

After selling over 50 million albums, she is undoubtedly among the best-selling musicians of all time. The awards she received are also numerous; she has 10 Grammys, six Guinness world record awards, an Emmy, 29 wins at the American Music Awards, and 23 wins at the Billboard Music Awards.

We could spend hours citing her achievements, and each would astonish anyone. However, we need to move on to what we came here for – her charitable work and how she fights to make a positive change in the world.

Taylor Swift is a massive pop star that has influenced and inspired countless people across the globe. For many, that would be enough of a change one can make in this vast and complicated world. However, Swift has done a lot to change this world for the better.

Her dedication to helping others has garnered her different kinds of awards than those we already mentioned. She gained the Big Help Award for helping others and inspiring them through her action, and the Ripple of Hope Award for her dedication at such a young age. The latter she received in 2012 when she was barely 23 years old.

Her donations span in the millions. She organized concerts as fundraisers countless times over the years and has managed to help thousands of people. For the 2008 floods in Iowa, she donated $100,000. For the 2010 floods in Tennessee, she donated half a million dollars. In 2016, she donated $1 million for the victims of the Louisiana flood relief. Outside of that, she performed at Sydney’s Sound Relief concert in 2009, and in 2011, she used a simple dress rehearsal during her tour to raise more than $750,000 to help the victims of the several tornadoes that struck the U.S. in the same year.

We can’t even count how many times she made donations or organized fundraisers to help schools and colleges across the U.S. She even donated books to promote literacy among young people.

One of her biggest causes is cancer, especially since her mother was diagnosed with this terrible disease in 2015. The cancer went into remission but later came back, as Swift revealed in 2019.

Her song Ronan, she wrote for a four-year-old boy who died of neuroblastoma, and she performed it in 2012 at the Stand Up to Cancer telethon. On top of that, she donated all the proceeds she made from the song to several cancer charities. Swift also donated to several other cancer foundations and charities over the years. Besides giving resources, she gives of herself by visiting several hospitals to meet with patients and to support them as much as she can.

Once again, we could go on for a long time telling you the many things she did to help those in need, but the fact remains the same – she is a leading agent of positive change in the world, and we hope she’ll continue to be for many years to come.