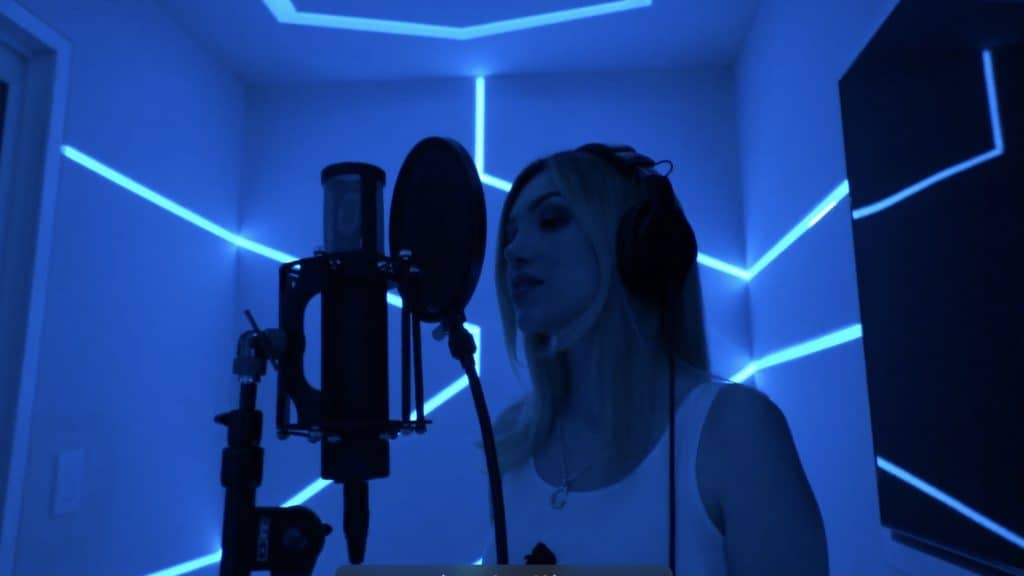 With the struggles in her life, Sophia Gonzon was drawn to music as a way to heal and move forward.  Sophia found that her music was not only therapeutic for herself, but could also be a means to fight cancer, a disease that has stricken many of her family members.

I kinda always played around with piano, guitar, and sang around the house, but I never really took it seriously until I recorded my first song.

Who or what is your musical inspiration?

My musical inspiration is probably Ariana Grande – at least she’s my biggest one – though I love to try out all genres.

I became involved with Music Beats Cancer because I was given the opportunity to help out something great with my music and my voice. Using my music to help in a positive way somehow is definitely something I want to do.

Also, fighting cancer is an issue close to my heart as it has affected many family members directly. My grandmother passed due to cancer before I was born, my cousin, Mikey, has battled childhood cancer his whole life, another cousin, Alicia, just recently battled it and now my Aunt Peggy who’s had to fight it multiple times is fighting it once again.

Check out her page HERE.

I’m getting ready to get back to working on 5 different songs I started before I ended up with “vocal dysphonia” from singing with a cold. I‘ve been wanting to take on more of a pop punk genre sound, so a lot of my newer music will definitely have that vibe.

I had planned on becoming a veterinarian, but those plans changed after another traumatic bullying experience in 9th grade. After that, I fell ill with chronic daily migraines, fibromyalgia, and arthritis and could not attend school in any normal manner. At that moment, I started taking music more seriously because it was an outlet, a kind of art therapy. Animals will still always be my first love. My pets include a Kinkajou, 2 pugs, a Siberian cat, a prairie dog, tarantula, geckos, a snake, and a severe macaw parrot. Having an animal sanctuary zoo of some kind is something I hope my music will afford me some day.

Noel Herrity songs are a form of musical storytelling that also depicts his own struggle with cancer for the past 5 years. Noel hopes that his music can make a…Read More