Shutting Off the “Master Switch” for Cancer Growth: A New Approach to Fighting Pancreatic Cancer 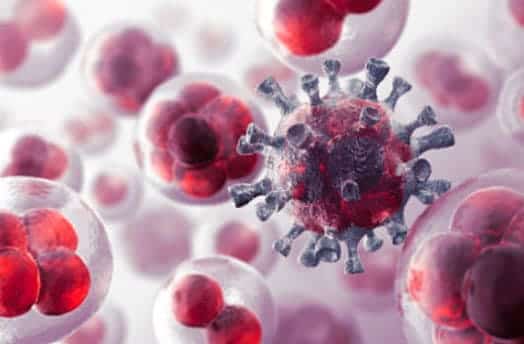 Pancreatic cancer is one of the worsts. It is often detected late, spreads rapidly, and has a poor prognosis. There are no symptoms in the early stages. Later stages are associated with symptoms, but these can be non-specific. New treatments are badly needed. Singh Biotechnology is developing a new treatment approach that can shut off the “master switch” that controls cancer growth. This is could revolutionize how we treat deadly cancers like pancreatic.

Cancer researchers, biotech innovators and pharmaceutical companies have been searching for the “cure” over the past five decades. While a silver bullet cancer cure has not been identified, many candidate treatments for various cancers have entered the market ranging from chemo to immune based therapies.

The currently marketed cancer drugs work by sabotaging a particular protein or “target” that is essential for cancer cell survival. Unfortunately, the approach of  targeting one component of a cell system is a fundamental flaw in how we develop drugs because the cancer cell will almost certainly find an opportunity for a work-around. For this reason, current cancer drugs lose their killing powers allowing tumors to return in a more aggressive and malignant response.

Importantly, Singh’s drugs are small, so small that they can in fact permeate all cells, including those in the brain and eyes, while leaving normal cells unharmed. These organs have been traditionally difficult to treat because existing drugs are too big to cross the cell membrane, the blood brain barrier and the blood retina membrane.

Singh’s lead drug candidate is called SBT-100 and has already shown preliminary success in animal models for various cancers, including hard to treat cancers such as pancreatic.

Singh has also obtained a favorable FDA review for a “pre-IND” briefing packet, which included preclinical data in triple negative breast cancer (TNBC), details about the manufacturing process for, and a proposal for toxicology studies in two species.

We are now raising funds to complete the required toxicology studies and move into phase one clinical trials for triple negative breast cancer.

The raised funds will be used for:

What key resources have/will you acquire to facilitate the accomplishment of the above product development milestone?

Singh Biotechnology is a virtual company therefore all studies are being performed by independent contractors or scientific collaborators. We have already identified a contract manufacturing organization (CMO) and contract research organization (CRO) to aid us in conducting the toxicology studies and enter phase 1 clinical trials.

Funds raised on the Music Beats Cancer platform would solely be used for the advancement of our lead asset, SBT-100, by conducting the studies outlined above.

If your Technology were to disappear in the “Valley of Death” funding bottleneck how might this impact society?

There is a public misconception that cancer has not been cured because the “cure” has not been found. The truth is there have been hundreds of cancer treatments that have entered the market since 1971, when then President Nixon declared war on cancer. Many of these drugs unfortunately lose their potency because cancer cells figure out how to avoid the drug’s killing effects.

Singh Biotechnology’s SBT-100 however has the potential to maintain its drug killing effects by completely shutting down the cell’s ability to grow and divide. Therefore SBT-100 is positioned to revolutionize cancer treatment and significantly ease both the physical and economic burdens endured by society. If this technology fails to get funding, it would be a tremendous setback for science, medicine and most importantly for patients in need of treatment options.

Dr. Singh was a practicing physician / surgeon for 20+ years, prior to founding Singh Biotechnology in 2012. He has also served as Director of Cancer Immunology for GLG Pharma. He incorporated Singh Biotechnology in 2014 and became its full time CEO/President at the end of 2020. Dr. Singh received his M.D. & Ph.D. (in tumor immunology) from the University of Chicago.

Mr. Parihar has 25+ years experience in Drug Discovery & Development within the Biotechnology / Pharmaceutical industry including Abbott, Wyeth, Pfizer. He has a diverse scientific background with an emphasis in pharmacology, immunology, and neuroscience.

A distinguished business professional with 30+ years of experience. Mr. Dobbs has held senior executive level leadership positions in the investment banking, manufacturing, and advertising industries at Merrill Lynch, Prudential, etc. He is a Certified Financial Manger has an MBA in Communication and Leadership.