Cancer in Kenya: This is the Story of Laali Mainah 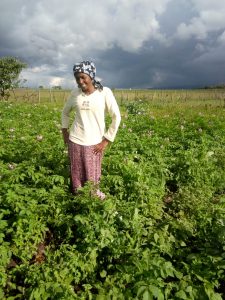 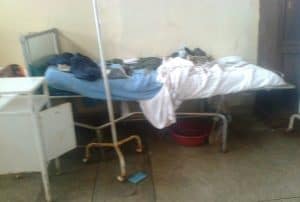 Laali means “strong girl” in the Kenyan Kikuyu language. Laali, second born in a family of nine, raised by a single mom, lives in a small village in Laikipia County, Kenya.

In 2009 when she was an 18-year-old student, Laali noticed swelling in her groin. It reoccurred each December around the holidays. The swelling was not painful, so Laali didn’t take it seriously. Nor did Laali want to burden her mother with this problem, keeping it to herself.

In 2010, Laali noticed that her hair was growing thin. Though she felt weaker by the day, Laali remained strong and refused to reveal her symptoms.

After completing school exams in 2011, things complicated. The swelling returned at Christmas time, but this time it didn’t go away, and worsened.

Unexpectedly, Laali’s father returned after abandoning his family for over ten years. He was abusive, and would beat Laali’s mom and harass the children. He claimed that Laali was not his biological child. One night after coming home drunk he threatened to kill Laali if she would not leave, so Laali left home.

“I packed a rope in my backpack thinking I would use it to hang myself because I was very bitter and confused, but God is good. I was rescued…” Laali says.

A couple took the girl in, and things improved at first. However, she didn’t stay long, as they forced her to marry their drunkard son. Laali ran away again, and this time stayed at a friend’s house, though her condition was worsening.

Laali’s friend helped her get a job at a small hotel, keeping her sickness to herself. Living at a distance, Laali I had to open the hotel at 5 AM and close it in the evening. She would walk back and forth from home because she couldn’t afford the daily bus fare.

Her employer liked Laali’s work, and one day Laali got the courage to tell him about the swelling, allowing her to visit the hospital that day. After seeing her condition and swelling, the doctor was shocked when asked why she hadn’t reported this sooner.

Lab tests were done immediately. After waiting two weeks for the results, the next phase of misery began. After the biopsy, Laali started to feel stomach pain. Back in hospital, and painkillers were administered to no avail, with still no understanding of the cause. A second biopsy was administered. Under severe pain, Laali waited three weeks more for results.

“When the results came in, a lady who identified herself as someone from the palliative care unit approached me and walked me out of the ward to come to sit under a tree. She started asking questions about my age, my home and if I have a hereditary disease – this is when I started feeling that something was very wrong. She told me I had CANCER.”

Laali was so shocked that she couldn’t even cry, despite the loneliness. Her diagnosis was Non-Hodgkin Lymphoma that had spread to her small intestines. Twelve cycles of chemotherapy were prescribed.

After her third chemo round, Laali contracted TB from the ward.  “Visitors who came to the ward told my siblings that they should prepare a grave for me…”

After the eighth chemo cycle, Laali was too weak for another round, and the doctors suggested radiotherapy instead. She managed to complete 25 cycles.

“This was not as unfriendly as chemo, so I managed without much struggle… afterward, I was sent to do some scans, and they showed no trace of cancer.”

As a testament to her namesake, today Laali is cancer free. Her story reminds us that cancer is a global disease and not a developed world affliction. In fact, in Kenya, surprisingly, cancer is the third leading cause of death after infectious and cardiovascular diseases, with environmental triggers likely sources for many of the cancers.

Over the past five years, the number of cancer cases in Kenya has risen dramatically, doubling from 20,000 reported cases in 2012 to 40,000 annually. In spite of these grim numbers, the Kenyan Government gives little effort in its fight against cancer; the public health system is challenged by many diseases, including HIV/AIDS and TB.

If we are to advance the war on cancer, it must be on a global scale, it must must help overcome infrastructure challenges, medical talent scarcity and limited community support systems. Laali’s story inspires us to think differently.