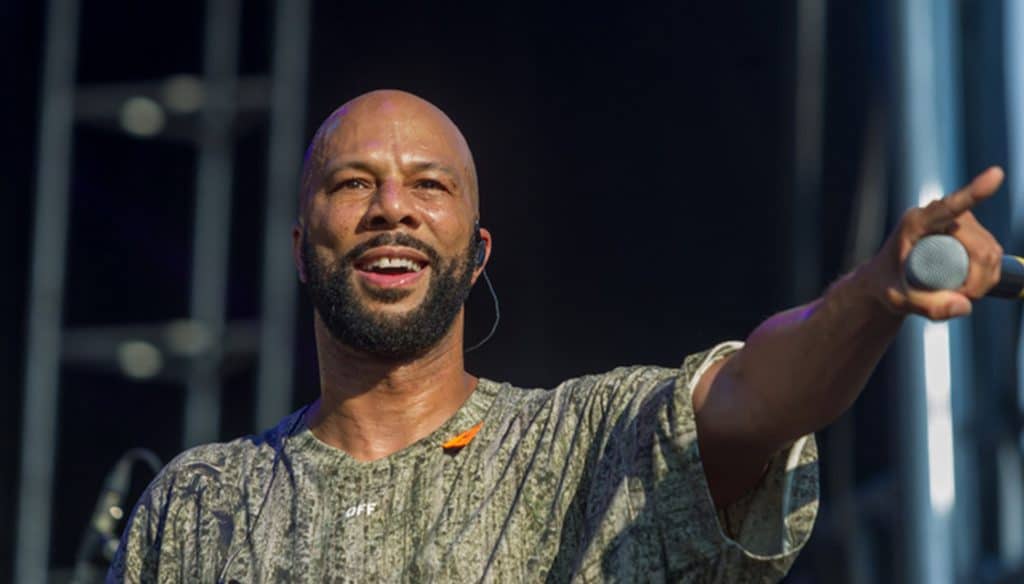 Young Lynn was still in high school when he started rapping along with his two friends and formed C.D.R., a rap trio that opened for Big Daddy Kane and N.W.A. When the band dissolved in 1990, Lynn started performing as a solo rapper under the name Common Sense. He debuted in 1992 with the single ‘Take It EZ,’ followed by the album Can I Borrow a Dollar? Common’s next album, Resurrection, was released in 1994, featuring a successful single ‘I Used to Love H.E.R.’ In 1997 he released his third album, One Day It’ll All Make Sense, featuring songs with Lauryn Hill and De La Soul, among others.

After being sued by an Orange County-based reggae band with the same name, Lynn shortened his stage name into Common and released his next album, Like Water for Chocolate, in 2000. Three years later, he won a Grammy for Best R&B Song for ‘Love of My Life (An Ode to Hip-Hop).’ In 2005, he released the album Be, a no.2 album on the Billboard charts. The album included contributions from Kanye West and John Legend.

Aside from his albums, Common started focusing on acting, debuting with a role on the sitcom Girlfriends, and appearing in One on One and Hell on Wheels, where he played a 19th-century character, Elam Ferguson, for several seasons. He also landed major roles on the big screen, among which were American Gangster in 2006, Terminator Salvation in 2009, and Just Wright. In this romantic dramedy, he played an injured basketball star opposite Paula Patton and Queen Latifah. Other projects included Happy Feet Two, The Odd Life of Timothy Green, LUV, and Now You See Me. One of his most important projects was a movie Selma from 2014, a Martin Luther King Jr. biopic, in which he portrayed activist James Bevel.

Common, John Legend, and Rhymefest wrote a theme song for the movie, named ‘Glory’, for which they won a Golden Globe and an Academy Award.Both Legend and Common used their Oscar acceptance speeches to focus on contemporary issues linked to the Civil Rights Movement. Aside from the performance work, Common also wrote a children’s book I Like You but I Love Me, and his memoir, named after his third album.

Common is also a well-known philanthropist. He supports animal rights (he is vegan) and has appeared in advertisements for PETA. He is a prominent supporter of such charities and causes as Cancer Research Institute, Believe in Dreams, The Get Schooled Foundation, Human Rights First, Melanoma Research Alliance, and Keep A Child Alive, among numerous others. He also founded the Common Ground Foundation, which focuses on helping and empowering underprivileged high-school students. The foundation provides educational, creative, literacy, and other programs needed to form life skills that can help kids achieve their dreams. Common is an incredibly inspiring man whose legacy will live on forever. We can only hope to see more from this genuine agent of positive change!