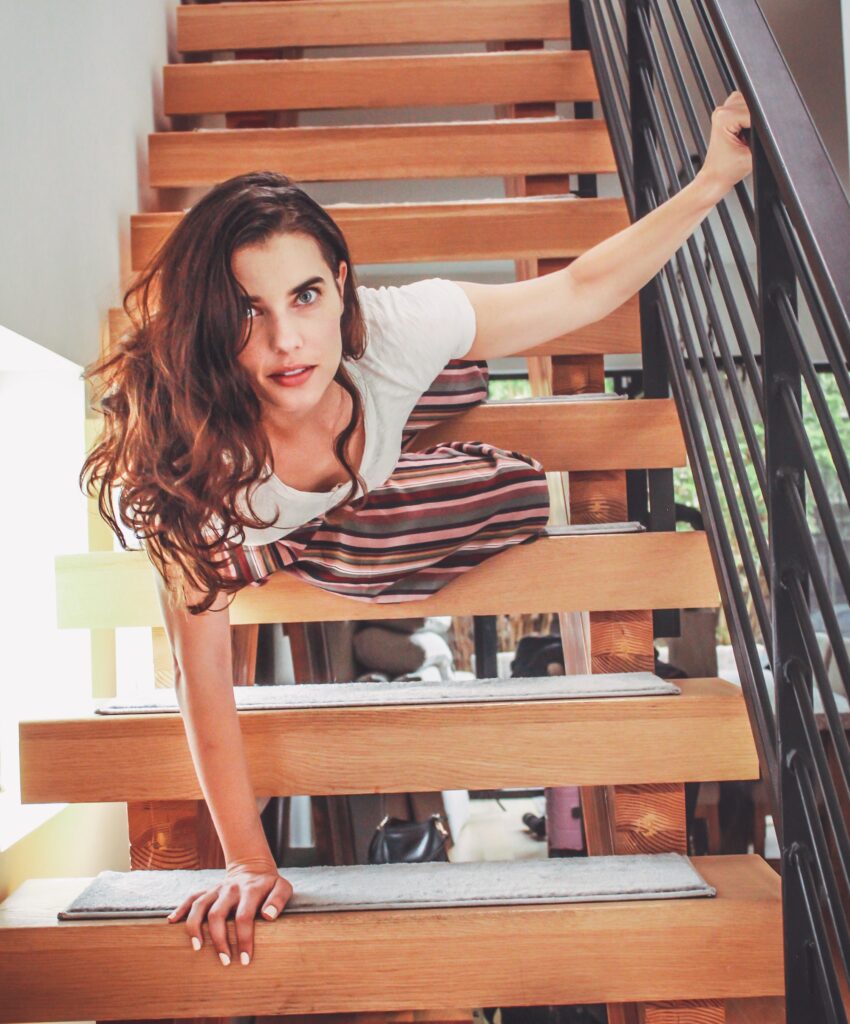 Kris Angelis grew on a farm in Florida learning to harmonize with her twin sister in their treehouse. She has performed in all 50 states and in Europe with her folk/americana music landing at #1 on iTunes singer/songwriter charts, the Top New Albums Billboard chart, and Americana radio charts and winning several awards for her songwriting. She loves handwritten letters, cupcakes, running charades, and Harry Potter.

Listen to “Run” and follow on Spotify. Use “Run” on TikTok!

1. What was your original calling to music? How did you start?

I apparently started singing at a very young age and really enjoyed harmonizing in church choir and eventually school performances. I was incredibly shy so I’m not sure what drew me to performing but I loved it! My twin sister and I would dress up and put on shows for our family pretty much every night, singing along with musicals and dancing to classical music – that was my grandparents’ influence and I’m grateful for it.

2. Who or what is your musical inspiration? Which artist(s) do you look up to? Did any of them inspire you to experiment with your music? Is there something new you’d like to try?

My first musical inspiration that made me really want to be a musical artist and believe it was possible was Hanson. I was inspired by their ability to do their writing, play the instruments and harmonize together all at such a young age. I was the same age as the youngest and thought “Well if they can do it, I guess I can” The other huge influence and reason I’m doing this is Brandi Carlile and her band Tim and Phil Hanseroth (they are identical twins like I am!) I met them when they were opening for Hanson and was immediately taken by the authenticity of the songs and performance and knew that’s what I wanted to do. I had the great fortune of becoming close friends with them and getting to see how they operated both in the creation process and how they conducted themselves as a business and gave to their community was invaluable and shaped who I am as an artist. Other big influences are Gregory Alan Isakov – he has written some of my favorite lyrics of all time and I love his production which mixes traditional and organic folk instrumentation with more ethereal elements,  Katie Herzig – she inspired me to try interesting and different things to make soundscapes in my music, Regina Spektor, David Gray, Ray Lamontagne, The Civil Wars, The Lumineers, Damien Rice, First Aid Kit, Joy Oladokun, Jeff Hahn, Rufus Wainwright and so so many more. I’m excited to try more full, epic production and I’m figuring out what that means for me.

3. Why did you become involved with Music Beats Cancer? Has cancer directly or indirectly affected you?

I became involved because I always want to be giving back to the community and cancer has affected people close to me. I lost 3 of my grandparents to cancer, I know multiple women who have fought breast cancer, and I just lost a friend to cancer a couple of months ago. The treatments didn’t work because of a rare genetic condition she had so I’m eager for more research to be done to find more varied, effective, and safe treatments and cures. I also saw how much it impacted her family to take care of her even though she had the most positive outlook about it so I was drawn to the aspect of what Music Beats Cancer does to help cancer patients on a personal level, helping them afford treatment, get where they need to go, be more comfortable, and bring some joy into their days.

4. What is happening next in your music career?

I’m working on a new album to come out this year and will be doing some more touring if the Covid situation allows. I have a live in-person show at SF Garage in San Francisco on April 22nd along with Natalie Gelman who is wonderful.

Limited Edition Vinyls for the album “The Skies We Look To” are available alone or as part of discounted bundles on Kris Angelis’ Website.

5. Anything else you would like Music Beats Cancer readers to know about you?

I’m doing a fun show at the Great Star Theater in San Francisco. I’ll be singing but also acting – it’s kind of a vaudevillian show / 1940’s radio show. There will be magic and juggling and comedy and it should be a fun night out – you can get dressed up like the 1940’s! It’s called “April Fools” and is playing April 1st, 2nd, 8th, & 9th.

Peace, love, and music. Based out of Baton Raton, Florida; Sophia Gonzon is more than just a singer-songwriter. She is also an advocate for self-love and self-worth. A brilliant mixture…Read More