More than just a guideline 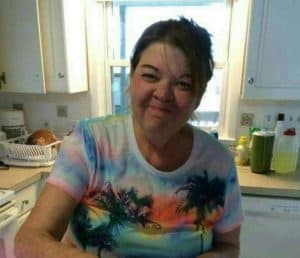 Last July, Cynthia Hammond was enjoying time with her nine-year-old grandson. As they laughed at an unflattering passport picture she had just taken, her grandson pointed out an abnormality on her neck. She shared her concerns with a family doctor and was adamant to get a CT scan. She was instead met with disregard and treated the concerns as non-urgent, but Hammond knew better than to wait. She met with another doctor, a pulmonologist. After a PET scan showed abnormalities around the lymph node, she went to meet with an oncologist for further treatment.

“He brought in a sheet of paper that said ‘Guidelines’. He said, ‘We’ll follow the guidelines; we’ll start you on chemo right away followed by radiation.'” 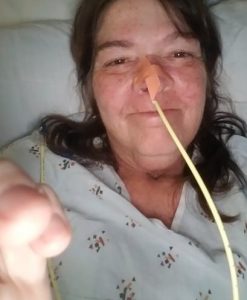 Before identifying the cancer, the oncologist suggested starting treatment right away. However, a former transcriber of 30 years at the National Cancer Institute, Hammond knew the right questions to ask, to the surprise of the doctor. She wanted to know what kind of cancer she had before taking any next steps.

Cynthia recounted, “He said ‘We’ll do the biopsies, but were going to follow the guidelines.’ And my husband of 38 years said, ‘She’s not a guideline—she’s an individual. You need to treat her as an individual.’”

And Hammond made sure this individuality was honored throughout treatment. Cynthia’s PET scan showed two affected areas—one around her thyroid and one wrapped around her ear. When the doctors ordered a single biopsy, Cynthia knew to stick to her intuition. While taking the doctor’s recommendation into account, Cynthia made sure her point of view was recognized and ultimately asked for two different biopsies. She finally got some answers—and the results were quite unique.

“So, five pathologists later it turned out that I had a stage 4 squamous cell carcinoma of the head and neck of unknown primary and also, simultaneously, a stage 4 papillary thyroid cancer. I had two cancers fighting for the same area. So that changes the whole treatment.”

Due to the unusual circumstance that two cancers were to be treated in the same area, her results were shared with many doctors to determine the best treatment.

“The radiation oncologist took a look at my PET scan and the CT scan and asked if it would be okay to send my case to the tumor board. And I agreed that whatever the tumor board in Charlotte decided was my best course of treatment that I would follow.”

Hammond went forward with surgical removal of the tumors of the head and neck followed by a thyroidectomy. In the process, her salivary gland was also removed. After the surgery she did radiation therapy for the tumors near her ear and was to follow with a radio-iodine treatment for the tumors near her thyroid. However, the radiation therapy caused Cynthia’s esophagus to shrink to four millimeters and she was unable to eat for weeks until she finally agreed to put in a feeding tube in June. In four months, Cynthia had lost 98 pounds. However, it was not in vain.

“[In] May I had another PET scan and it was NED—no evidence of disease […] still dealing with the side effects of not being able to eat, having no saliva, and being tired, but I have my life and that’s what counts.”

Cynthia was able to speak with a specialist about postponing her radio-iodine treatment until she felt better from the radiation therapy that had resulted in her not being able to eat.

Among the immense strength and willpower to withstand the painful side effects of radiation therapy and overcome the cancer, Cynthia had an unrelenting commitment of taking charge of her own health and urges others to do the same. She was beyond grateful when a doctor on the tumor board visited her after the surgery and reminded her of the importance of her own role in the treatment and recovery process alongside the doctors that were treating her.

“He made me realize in a very short minute-conversation that I actually was in control of everything, I was the patient who paid [the doctors] for their advice and their care. And my entire attitude changed.”

Cynthia, a proponent of individualized treatment plans, became extremely involved in her treatment and made sure she was well-informed and educated during each step of her treatment to make decisions with confidence.

As for her vision for others, she hopes symptoms of cancer can be detected earlier on with more readily accessible tests. She believes her cancer could have been found much earlier with the many symptoms she was showing and that no one should have to rely on chance to find a possible sign of cancer.

Cynthia believes biotechnology that can speed up the process of diagnosing a patient and making personalized treatment plans more accessible and less expensive would be extremely helpful to most patients.

Cynthia shares hope for the future of cancer care, and knows just how much of an impact cancer has on one’s life. In her case, she, was ironically more stressed before her diagnosis. After this year, her outlook has shifted.

And despite the hardships of the past year, Cynthia Hammond sure hasn’t let anything break her spirit.

“I get up every morning, I think about something to smile about, and I let people know there’s always a reason to keep going.”

If I could describe Astrid in one word, it would be: empowered. Astrid has found a way to entwine herself with empowerment for herself and others through her daily work,…Read More