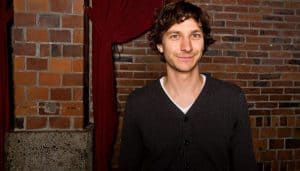 Wouter “Wally” De Backer is the real name of the Belgian-born Australian musician Gotye. He broke out into the international pop scene when he teamed up with New Zealand pop songstress Kimbra in 2011 and released their hit single, Somebody That I Used To Know. The song has won him two Grammies for Record of the Year and Best Pop Duo/Group Performance. The album featuring the song, Making Mirrors, won one Grammy for Best Alternative Music Album in 2013.

Before the song became a smash hit, Gotye wasn’t known to anyone but passionate fans of the Australian indie music scene. He founded the indie-pop trio The Basics and performed with them as a drummer and vocalist. He maintained his solo music career on the side, releasing two albums to some critical acclaim. He hadn’t received any European airplay until 2008, when his two singles Learnalilgivinanlovin and Hearts a Mess charted in his home country, Belgium.

Everything changed for Gotye when Somebody That I Used To Know was made into a video that reached hundreds of millions of views on Youtube. Appearances on major American late-night TV shows and Grammy nominations followed soon. In an act of true dedication to music, Gotye refused to monetize his YouTube channel, and experts estimate that this decision has cost him at least $10 million.

YouTube money isn’t the only paycheck he has turned down, either. He reportedly despises being requested to license his music to appear in commercials. The Daily Mail reports that the only people allowed to use his music, with no strings attached, are university students making small films.

Gotye has taken a break from releasing solo records ever since 2011, only remaining active with The Basics and appearing on other records on occasion. He launched Forgotten Futures, a label that preserves and popularizes the unreleased work of electronic music pioneer Jean-Jacques Perrey, in 2017. In 2018, Gotye and his wife Maud welcomed a baby daughter, Léonie. There are currently no plans for new Gotye music to come out.

In 2013, along with other Grammy-nominated artists, his work was featured on the annual compilation album released by Capitol Records and The Recording Academy’s GRAMMY Recordings. A portion of the proceeds from the album benefited the MusiCares Foundation and the Grammy Foundation. He also was one of the many stars who donated their signed and worn ties and scarves to be auctioned as part of the cancer charity Cahonas Scotland‘s eBay campaign. The campaign aimed to address the lack of discussions and charities that benefit the battle against male cancers.

Gotye is one of the most influential musical artists of the past decade, and his positive influence extends to many other areas as well, causing waves of positive change. He’s a shining example of making music for love and not fame, but he still recognizes the importance of what music can do for people. This humble hermit of pop music shows anyone can selflessly donate their time, art, and voice to various causes, and be better for it.