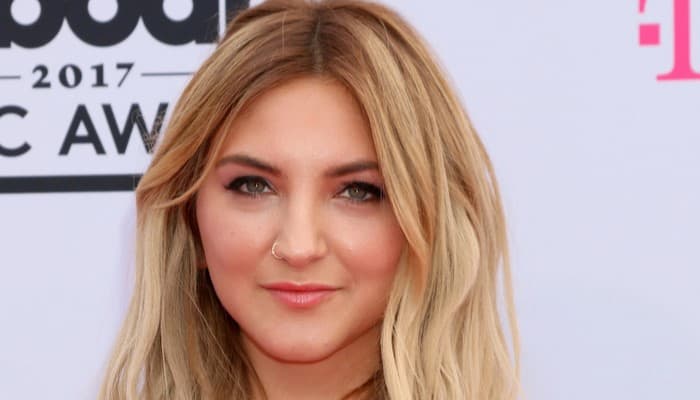 Julia Carin Cavazos, known professionally as Julia Michaels, is a notable American singer and songwriter, from Davenport, Iowa. She has been active in music since she was 18 years old, penning tracks for Selena Gomez, Demi Lovato, Britney Spears, and Justin Bieber, among many others.

Her singing career started in January 2017, when she released her first solo single, “Issues,” for which she gained much notoriety and fame, racking up more than half a billion streams on YouTube and Spotify. The same year she released her EP “Nervous System,” second single “Uh Huh,” and toured with Shawn Mendes.

Since then, her career has been on a steady rise. In the span of a few years, she had two Grammy nominations, numerous tours with other renowned artists, and songs appearing in a popular television show and a movie; “How Do We Get Back to Love” in HBO’s Girls, and “Heaven” in Fifty Shades Freed.

What’s striking about her music is the rawness of emotion. She’s not afraid to explore her feelings, relationships, hardships, and pour everything into her songs. Her honesty is what makes her relatable and loved by her fans and colleagues.

Still, all of this hasn’t been easy for Julia. She’s been dealing with crippling anxiety and panic attacks for years. These issues became so severe that it almost ruined her health and destroyed her career. According to Michaels: “It’s like you’re in prison with yourself, like there are a thousand bricks weighing your body down.”

It took her a lot of time, energy, and therapy to manage her stage fright and deal with anxiety and depression. In addition to therapy, she relied on a technique called grounding, as well as meditating and mentally preparing for things that make her anxious.

Another important step was to be open about it, which was particularly difficult for Julia at first because she felt like she was being a burden to others. She says talking about her mental health was incredibly therapeutic for her, and she hopes to resonate with people sharing similar struggles.

“This is the most alive and free I’ve ever felt. Pouring out these emotions, facing my fears, and confronting these things I’ve never been able to before is making me stronger every day.”

Her personal battle was an inspiration for many of her songs, as well as a motivation to support various charities, the LGBTQ community, and, most recently, to create a video with JP Saxe of their heart-rending duet, “If the World Was Ending,” to help support the international medical humanitarian organization Doctors Without Borders in its response to COVID-19.

These are just some of the examples of Julia’s dedication to bettering the world with her influence and music. We are happy to see such a young and inspiring agent of positive change!