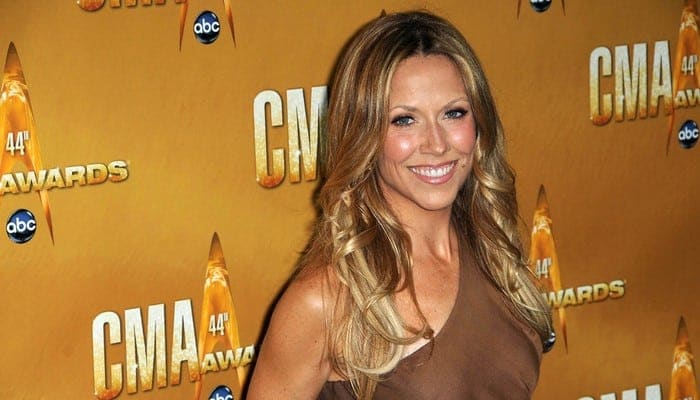 Sheryl Suzanne Crow is a famous American musician, singer, songwriter, and actress. Her fresh and updated spin on classic rock made her one of the most popular mainstream rockers of the nineties.

She was born on February 11, 1962, in Missouri to a musical family of six. Her mother was a piano teacher, and her father was a lawyer and an avid trumpet player. Both of her parents also performed in swing orchestras.

When she was 13 years old, Sheryl wrote her first song and later went on to major in music at the University of Missouri. After graduating, she went on to work as a music teacher for autistic children and singing or playing with several cover bands.

Her first big break was when she became a backup singer on Michael Jackson’s international ‘Bad’ tour. She toured with Jackson for two years, all the while hoping to get a record deal, but only to discover that record companies were more interested in making her a pop-dance singer, which was not her taste.

Because of it, she fell into a deep depression, which lasted for six months, but she eventually managed to pull herself out and continued working as a session vocalist with many famous names in the music industry. Thanks to her diligent session work, she caught the eye of Sting’s record producer Hugh Padgham, who signed her to A&M. Unfortunately, she was unhappy with her debut album’s end result and refused to release it. Her luck soon turned for the better when she started dating Kevin Gilbert and joined him in an ad hoc group of musicians known as the ‘Tuesday Music Club.’ They helped her revamp her failed debut album, called ‘Tuesday Night Music Club,’ which featured many of her famous hits, including the ‘All I Wanna Do’ song, which propelled her to the top of the charts.

From there, she continued to rack up accolades and massive sales, releasing great albums like Sheryl Crow and The Globe Sessions and winning a staggering nine Grammy Awards. But the wave of success from her career didn’t spill over to her personal life. After dating Lance Armstrong for several years and even getting engaged to him, they broke it off, and not long after, she was diagnosed with breast cancer.

The diagnosis shocked her. “It doesn’t run in my family,” she said in an interview for Shape magazine. “And I’ve always worked out and been fit, so I figured I’d never get sick. But when I was diagnosed, I realized disease isn’t about how fit you are. In my mind, it’s so much more about how you live your life and how much stress you’re under.”

Luckily, her cancer was discovered in the early stages. She had a lumpectomy and afterward underwent several weeks of radiation. Once Sheryl was done with her treatment, she decided she needed peace from the turbulence of the music world, so she bought a farm and went to live there with her two sons.

Sheryl Crow was never a stranger to giving to and supporting charities, and especially after surviving cancer herself, she had an additional motivation to help others. She supports numerous children’s and cancer organizations and has participated in fundraisings such as building Canada’s largest breast cancer center at Sunnybrook Hospital and supporting the hospital’s expanding High-Risk Mothers and Babies center. She also performed a free concert for Stand Up To Cancer, raising money for this valuable charity. Even her apparel range gives 10% of all the proceeds to cancer research.

We are happy that such a person could fight off this terrible disease and hope that she will always have the same amount of will and energy to continue helping others. We cannot describe her better than an agent of change!