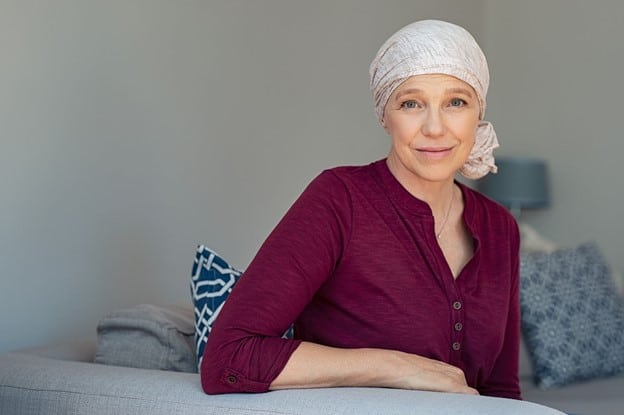 If these measured indicators are improving in the overall population,  but NOT improving in specific groups in relation to other groups, it qualifies as a healthcare disparity for those particular groups that have been underserved. For example, a cancer racial disparity using data from the American Cancer Society is that African Americans have the highest mortality rates for many types of cancer compared to other racial and ethnic groups, for both women and men.

This article summarizes these disparities and takes a look at research and development advances in treating female cancer patients.

Cancer Incidence in Women and Men

Incidence refers to the number of newly diagnosed cases of a disease, while incidence rates considers new cases over a given period of time. Incidence rates of cancer types vary dramatically between males and females. In the United States, after age and delay adjustment, cancer statistics reveal that the following cancers have a higher incidence rate in males:

At the same time, the cancers listed below develop more often in females:

Additionally, lung cancer is consistently more common in males, with a male-to-female incidence ratio between 1.5 – 20. A slight male predominance is also evident in the incidence of brain and central nervous system cancer types. Overall, for a variety of reasons, men have about a one in two chance of developing cancer during their lifetime, while women have a one in three chance.

Lung cancer mortality rates in males are declining while at the same time they are increasing among females. Lung cancer is the leading cause of cancer death in women, killing more women each year than breast, ovarian, and uterine cancer combined. Women are also more likely than men to lose their lives due to the following three cancer types:

Biological sex influences various factors, including immune responses, anatomy and physiology, and varying pharmacodynamics and pharmacokinetics of applied treatment. All of these physical factors can influence the incidence and mortality rates between males and females. As noted, sex difference in cancer incidence is attributed to regulation at the genetic/molecular level and sex hormones such as estrogen.

For example, in colorectal cancer, women tend to develop malignancies on the right side, while men develop the disease on the left side of the colon or rectum. Right-sided colon cancer is associated with higher severity of the disease compared to left-sided cancer.

Varying pharmacokinetics in males and females also leads to different outcomes in standard treatment. An example of this includes chemotherapy drugs paclitaxel and cisplatin, which cause higher toxicity in women, and rituximab which shows better treatment outcomes in women than in men.

In 1977, the FDA issued a guideline that advised excluding women of childbearing potential from early clinical trials. It didn’t exclude women from further studies (after sufficient data on safety was compiled), but the guideline was drastically misinterpreted. Women were almost completely eliminated from participating in clinical trials of various types, including cancer clinical trials, which resulted in a significant sex disparity in clinical studies.

It wasn’t until 1993 that the FDA reversed this decision from 1977 in their Guideline for the Study and Evaluation of Gender Differences in the Clinical Evaluation of Drugs. However, the consequences of the first decision are still apparent today. Women are severely under-represented in sex-nonspecific clinical research. This leads to a poorer understanding of cancer as a disease in women, how they’re affected by cancer treatment, and how their incidence and mortality rates can improve over time.

When it comes to screening for breast and cervical cancer, women are more likely to participate in the screening if they see a female physician. According to one study, female physicians are more inclined to discuss prevention methods with their female patients, advise regular mammography screening, and generally feel more responsible for the screening habits of their patients. Female physicians also express more sympathy and comfort in clinical care during unpleasant tests such as Pap smears and breast examinations.

At the same time, patients prefer a female provider in at least one component of their care. These factors all contribute to higher rates of cervical and breast cancer screening by female medical professionals. And while screening for breast cancer with mammography has been shown in multiple randomized control trials to decrease breast cancer mortality, despite this ongoing controversies regarding the benefits and risks of mammographic screening remain, with different professional groups publishing conflicting guidelines regarding when to start screening, how often to screen, when to stop screening, all of which have added to the confusion.

Cancer research aims to uncover new treatment methods that will significantly reduce the morbidity and mortality rates of different types of cancer. Here are the most recent breakthroughs in cancer studies, with a focus on female cancer types:

Dr. Sara Sigismund discovered that a gene called EPN3 is responsible for the growth and spread of breast cancer to other parts of the body. Since the cancer researchers in Dr. Sigismund’s team at the European Institute of Oncology in Italy have uncovered precisely how this gene works, it represents a prime target for new breast cancer drugs.

Humans are not infallible – when looking at mammogram results, they are prone to causing errors. Over ten years, there is a 49% chance that a person who gets annual mammograms receives one false-positive result. Chances for false negative results range between 10% – 30%.

To eliminate these errors in result interpretation, radiologists are working to deploy artificial intelligence (AI) to eliminate errors. AI is not yet at the stage where it can replace human vision, but it is a supplemental tool to use to obtain greater accuracy in reading and interpreting results.

A liquid biopsy consists of taking blood samples to look for tiny amounts of cancer DNA that are potentially circulating in the bloodstream. This type of test helps follow cancer development over time and personalized treatment to each patient and cancer mutation.

Liquid biopsies are now more widely used to monitor the results of breast and lung cancer treatment and other diseases.

Reasons for these differences are varied. They include biological differences in the two sexes, as well as low participation rates for women in clinical trials. Additionally, women who see female physicians are more likely to undergo regular cancer screening and discuss preventative measures.

Because science is constantly advancing, there are many promising discoveries and innovations that will help fight women’s cancers in the coming years. The discovery of the EPN3 gene will enable scientists to develop medication that better targets breast cancer cells. Advances in AI will improve the accuracy of breast and cervical cancer screening results leading to more precise treatment, and liquid biopsy allows for more personalized care and treatment methods.

Scientific progress in the fight against cancer is continual, and there are ways you as an individual can contribute to the cause. Please take a look at our active campaigns focused on the most effective biotechnology research that will revolutionize cancer treatment as we know it. Consider donating to ensure a better future for all!