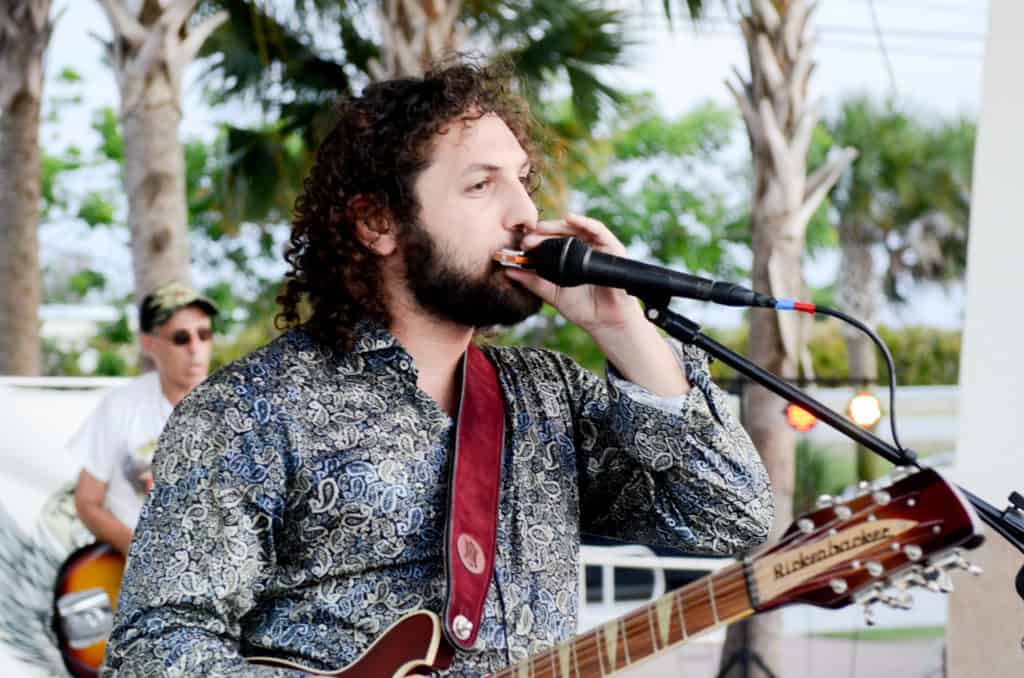 We spoke with Dan Gootner on how he got “hooked” to music and how the loss of his father, Bruce Gootner, to Non Hodgkins Lymphoma was his impetus to join the Music Beats Cancer mission.

I’ve been drawn to music for as early as I can remember and I’m grateful for the musical household I grew up in. I have early memories of my father lying on the couch with the day’s crossword puzzle, and his 5 CD changer on rotation blasting through the house. He would play classic rock, country, jam bands, and I was introduced very early to ZZ Top, New Riders of The Purple Sage, Boston, Fleetwood Mac, Steve Miller Band, and so many others. I feel like the sound of the guitar was speaking to me earlier than when  I even had the word in my vocabulary.   He also had a dulcimer he would play, and I would sit with him and watch with amazement. My mother could play a little piano, and we had one in the house. And any time it was her turn to pick the music, I’d be introduced to The Beatles, The Rolling Stones, and a ton more. When I was 14 years old, they told me I had to pick an instrument to learn. For me the obvious choice was guitar. They bought me a beginner level acoustic, and I was hooked. I also instantly wanted to be in a band, and I thought it was the coolest thing in the world. I wanted to be just like the people I saw on album covers. My first couple bands were horrible, because I was so excited to be in a band, I was starting them before I even knew more than a chord or two. But, I’d like to think it’s gotten better over the years!

Q: Who or what is your musical inspiration? Which artist(s) do you look up to? Did any of them inspire you to experiment with your music? Is there something new you’d like to try?

I think there is inspiration everywhere in life. There are both happy and sad moments you deal with, and for me music is the answer in either scenario. And sometimes a song idea can just come out of thin air too, or be something that just got stuck in my head somehow. As far as artists I look up to, I think some guitar players who have had a big impact on my playing style would be Eric Clapton, John Frusciante, Steve Miller, and Mike Campbell. I do think they inspire me to try something new when I’m in the studio. I watch a lot of documentaries so sometimes I’ll find out one of their tricks, and steal it! But in general this band is based on the idea that I can try whatever I want, push boundaries, jump from one genre to another, and there are no rules.

Check out Miracles Can Happen.

When Music Beats Cancer reached out through Reverb Nation, I had never heard of it before. So I didn’t know the details yet, but for me, I was all in based on the name alone. I thought, cool I play music and I want to help beat cancer let’s do it! We lost our father in February of this year to Non Hodgkins Lymphoma. It was quite a long battle, he had it for 22 years. I’m lucky I got as much time with him as I did, all things considered. I joined September’s fundraising challenge in his honor. Bruce Gootner was a great father and all around awesome guy. I really hope one day cancer can be a thing of the past and no one needs to lose a loved one earlier than necessary.

Up next for The Dan Gootner Band is a new 4 song EP, due out before the end of the year. More details will be announced in that regard very soon. So follow us on instagram or facebook, and we’ll also announce when we begin to play some shows.