The Impact of Cancer Survival Rates on Global Economies 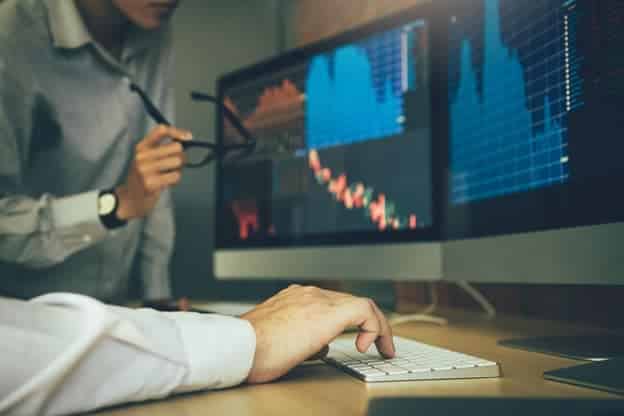 The global economic impact of cancer is a topic that has been researched extensively and continues to be an area of interest for experts in economy and medicine alike.

Both in terms of medical expenses and lost income from time off work, the cost of cancer treatment can have a significant societal impact. Similarly, cancer survivors might return to work, but medical debt accrued over time could cause them additional financial hardship.

It is essential to consider these factors when discussing how best to improve the survival rates for those diagnosed with cancer. These economic analyses will significantly contribute to the process of allocating resources and investments for cancer control programs such as prevention, early detection, treatment, and cancer survivorship.

Across the world, approximately 10 million people died from cancer, and 19.3 million new cancer cases emerged in 2020.

The total global economic cancer burden is currently unknown. However, data can be collected through the analysis of individual countries, and the numbers for selected regions are as follows:

As a disease, cancer causes significant emotional, physical, and financial strain on individuals and families worldwide. Premature cancer mortality and prolonged disability associated with cancer can lead to a substantial negative economic impact.

At the same time, surviving cancer is one of the most important factors for economic growth in a society because it ensures that people have a longer life expectancy, leading to more savings and investments. Survival rates one, five, and ten years after cancer diagnosis depends on a multitude of factors:

Dr. Salomón Chertorivski, the former Secretary of Economic Development for Mexico City, declared: “Investing in health is the most important thing a city or a country can do for the future of its population.”

Some may consider the positive impact of surviving cancer relatively obvious: the cancer survivor lives another week, month, or year with a better quality of life. The more significant effect may be the economic benefits that come from living longer and contributing to society for additional years.

In 2010, the World Health Organization (WHO) estimated that cancer imposes an enormous financial burden on economies worldwide – $1.16 trillion.

This burden of disease could be prevented if the international community worked together to invest in cancer prevention and treatment.

Cancer survivors can also be a source of social capital for their families and communities by giving back to society in ways that may not have been possible had they succumbed to cancer before or without treatment. This “giving back” includes contributing money through charitable donations, volunteering time and skills at schools, churches, hospitals, and similar institutions.

While it is easy to assume that surviving cancer has only positive influences on the economy and society, that is not always the case.

The impact of cancer treatment on an individual’s ability to work and contribute financially can be harmful. The same is also true for survivors who are no longer as healthy or active as before their diagnosis, which may lead to productivity losses, retiring early, or moving into less demanding jobs.

In 2019, there were an estimated 16.9 million cancer survivors in the United States alone. If they are of working age, not all of them are employed or able to work because of their cancer diagnosis, which has a negative economic impact that is felt across society.

Furthermore, cancer treatment costs greatly vary worldwide. Some countries offer public health insurance that has near-complete coverage, while others struggle to provide even the most basic cancer treatments for free.

In high-income countries, the amount of money patients spend on cancer care has increased significantly in recent years.

According to a report by CDC, in the United States, one in four cancer survivors has trouble paying their medical bills. One in three experience psychological distress regarding their medical debt.

The report details that cancer survivors have average out-of-pocket medical expenses of around $1000 per year. This is considerably higher when compared to the expenses of an individual in the same age group that doesn’t have a history of cancer – $622.

It stands to reason that uninsured survivors experience more significant financial hardship than those with private or public insurance, though everyone can face financial difficulties.

The mental distress of struggling with finances and debt takes an enormous toll on a person. The National Cancer Institute cites that cancer survivors are more likely to suffer from anxiety and depression, difficulty sleeping, loss of appetite, or weight gain. These issues are only compounded with the added burden of medical bills.

What We Can Do

The CDC report cites, “Mitigating the negative impact of cancer in the United States will require implementation of strategies aimed at alleviating the disproportionate financial hardship experienced by many survivors.”

An ideal solution for resolving the economic burdens of cancer and surviving cancer would be to improve access to high-quality health care worldwide.

Plans for ‘cancer control’ should include reforms in public policy, increased training opportunities for physicians and nurses, more widespread screening for all cancer types, increased access to health care for underserved populations, universal coverage through insurance or other models, and similar.

These policy reforms would provide the necessary resources and support structures to ensure that survivors have a smooth transition back into society, rather than being prescribed a lifetime of debt and potentially social isolation.

We can also mitigate financial burdens by implementing initiatives like insurance reimbursement policies or tax incentives that will allow people to maintain their livelihoods after a cancer diagnosis.

The global economic impact of cancer is substantial and should not be ignored by policymakers, economists, or the general public. The urgency for reform cannot be overstated: cancers are a leading cause of death worldwide, with an estimated 19.3 million new cases every year.

Surviving cancer, while a triumph, doesn’t always lead to a positive economic impact. The cancer patient’s immediate needs are addressed, but the long-term costs of cancer treatments and caregiving can be financially devastating. The economic impact of a cancer diagnosis is severe: chronic conditions affect an individual’s quality of life and their ability to work and care for themselves or others after treatment has ended.

Fighting cancer is an individual task, but it’s also a society-wide fight. The more we come together to support our loved ones in the battle against this disease and provide them with the opportunity for a strong recovery without financial burden, the greater chance we have of winning on every front.

Help us take a stand against cancer. Donate to one (or more) of our active campaigns and ensure a brighter future for all.