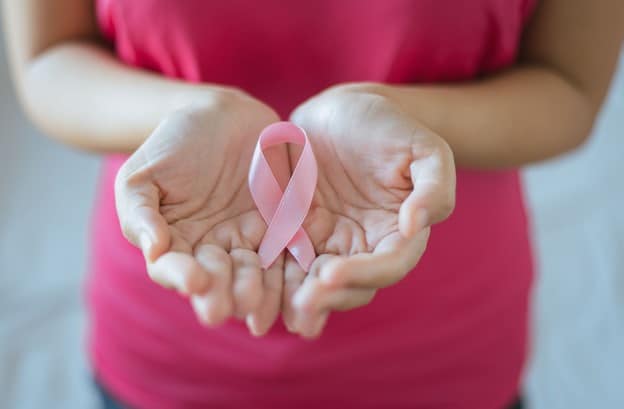 Cancer is the second leading cause of death for women in middle-income and high-income countries. Low-income countries are also experiencing an increase in the female cancer burden due to economic development and transition. Population growth, increased cancer risk factors (lack of physical activity, excess body weight, and smoking), and changes in female reproductive patterns (later age at first childbirth and fewer children) all lead to this expansion of the burden of cancer.

High-income countries have their own cancer control programs and recommendations. Low- and middle-income countries are more likely to implement the guidelines of agencies such as the World Health Organization (WHO) in their programs.

This article will summarize the current trends in women’s cancer worldwide.

What are the Most Common Cancer Types in Females?

The five most common types of women’s cancers are listed below, along with a number representing their portion of the total number of new cases diagnosed in a year.

The list of most common cancers that contribute to global female  mortality numbers is only slightly different from the one above. The percentages represent the portion of females who have lost their lives due to a specific cancer compared to the total number of cancer deaths in 2020.

Eastern Asia is one of the most population-dense regions of the world. In 2020, it saw over 2.6 million new cases of women’s cancer and over 1.4 million deaths, mainly in China. This is followed by South-Central Asia and Northern America, where India and the United States have the highest age-standardized incidence and mortality rates of cancers in women, respectively.

Gynecologic cancers are those that start in a woman’s reproductive organs. There are five primary types of gynecologic cancers, sorted according to how frequently they are diagnosed (starting from the most common):

Even though the 90s saw an increase in new cases, breast cancer mortality has been steadily decreasing since around 1990. These declines are largely attributed to improved treatment options and mammography screening.

Colorectal cancer incidence trends vary across the world. Numbers of new cases in high-income countries are either stable, decreasing, or increasing. In the US, the number of new female colorectal cases has declined, mainly due to the reduction or elimination of lifestyle risk factors such as physical inactivity and smoking. Furthermore, screening participation has increased over recent years.

At the same time, however, the total number of new colorectal cancer cases in a year is increasing in many low- and middle-income countries, especially in Asian countries and Latin America. This is primarily due to the increasing consumption of processed foods, red meats, and alcoholic drinks associated with western lifestyles.

Even though tobacco smoking is not the only risk factor for lung cancer (nor will every single person smoking cigarettes develop lung cancer), lung cancer incidence is closely linked to the tobacco epidemic. After widespread smoking begins in a particular population, the number of lung cancer deaths start increasing in about 20 to 30 years. They reach their peak in about 30 to 40 years.

Women typically begin smoking later than men. Due to this, lung cancer mortality trends among women have peaked and are in decline in areas where they started smoking the earliest, such as in the United States, United Kingdom, Australia, and Hong Kong. Tobacco control measures are the primary reason for this decrease in lung cancer cases.

Many high-income countries are seeing a decline in the number of new cases of cervical cancer. For select countries, this decrease was as big as 80% over the past forty years! Additionally, some low- and middle-income countries are also experiencing a similar decline, such as India, Colombia, and the Philippines. The main factors for these encouraging trends are increased screening activities and improved socioeconomic conditions.

Although, there are still regions where the incidence of cervical cancer is increasing, most notably in Uganda, Zimbabwe, and some countries of Eastern Europe. At the same time, even some high-income countries like Japan, China, and European countries are subject to an increase in the number of new cervical cancer cases among younger women. Changing sexual practices, an increase in HPV prevalence and inadequate screening are considered the primary factors for these changing trends for incidence of cervical cancer.

In the past three decades, the incidence of thyroid cancer among women has spiked. High-income countries such as Canada, the United States, Japan, Norway, and Germany, are witnessing a marked increase in the number of cases of this type of cancer.

Potential reasons for this include more widespread access to healthcare which leads to overdiagnosis of this entity. However, it is still unclear whether this is the driving force behind the rapid rise in thyroid cancer cases among women. A factor supporting this idea could be that some low-income countries have a decrease in the number of new thyroid cancer cases, possibly because of poorly accessible healthcare systems.

As of 2020, the five most common cancers in women are breast, colorectal, lung, cervical, and thyroid cancer. They have different incidence and mortality trends across the world, depending on how well each country manages the risk factors associated with these cancers. For example, countries that have implemented rigorous tobacco control measures have declining incidence and mortality of lung cancer. Those that are not efficient in HPV vaccinations or proper sex education are witnessing an increase in cervical cancer incidence.

If you wish to help, consider donating to one or more of our active anti-cancer campaigns. Contact us if you have any questions about finding an effective treatment for cancer and how we can all contribute to a better, safer future for all.