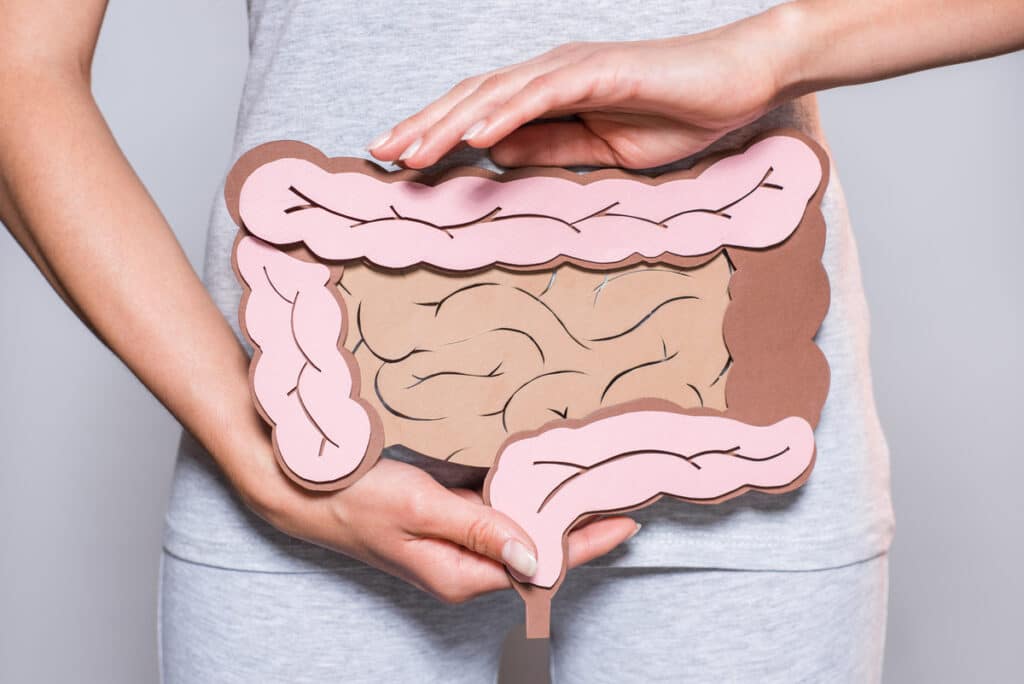 Colorectal cancer is the third most common cancer diagnosed across both biological sexes in the United States. Experts predict that the year 2021 will see 104,270 new cases of colon cancer and 45,230 new cases of rectal cancer. The number of people diagnosed with these cancers has been in decline since the mid-80s, mostly because screening methods have been widely deployed by medical practitioners. In addition to that, the public has become aware of risk factors associated and as a consequence, a growing portion of the population are making lifestyle changes in an attempt to avoid colon cancer and other diseases.

While the trend in older adults is declining, there is an alarming rising incidence of colorectal cancer in younger adults. From the years 2012 to 2016, the number of patients younger than 50 diagnosed with this type of cancer has increased by 2% each year compared to only 1% in people aged 50 to 64.

Colorectal cancer is broadly defined as cancer of the colon and/or the rectum. Colon cancer and rectal cancer have many similar features, which is why they are often grouped.

The colon and rectum are part of the large intestine (large bowel) in the digestive tract and are located in the body’s abdominal cavity. They are essentially the digestive system’s final parts, where water and salt get absorbed from the food matter that has passed through the small intestine.

The colon is an approximately 5 feet long muscle tube with four distinct parts: the ascending colon, transverse colon, descending colon, and sigmoid colon. The rectum comes after the sigmoid colon and makes the last 6 inches of the digestive system. Waste matter (feces) is collected in the rectum before it passes through the anus.

Colorectal cancer can affect any part of the colon or the rectum.

Early stages of colon cancer often do not cause any symptoms. If they do appear, they will vary depending on the size of the cancer and its location in the large bowel. Some of the most common ones include:

In some cases, individuals may not notice any colon cancer symptoms until cancer has already spread to their liver, causing an enlarged liver and jaundice (yellowing of the skin and the whites of the eyes). If cancer has spread to their lungs, they may have trouble breathing.

The symptoms listed above are not indicative only of colorectal cancer. They may be signs of hemorrhoids, an infection, or irritable bowel syndrome (IBS). Nevertheless, it is important to get properly screened just in case.

The hallmark of the initial stages of colon cancer is polyps. Most colorectal cancers start as a growth on the inside of the colon or rectum. Some polyps may evolve into cancer over time (up to 15 years), but not all of them are precancerous. Different types of polyps have different chances of turning into cancer:

The Spread of Colon Cancer

Colorectal cancer that forms from a polyp grows into the lining of the intestine over time. It typically starts in the mucosa layer (innermost layer) of the colon or rectum wall and spreads through the other layers.

It becomes especially dangerous when cancer cells reach blood vessels or lymph vessels. Through these channels, they can travel through the body, to nearby lymph nodes, distant lymph nodes, or other distant parts of the body. How much colorectal cancer will spread depends on how many layers of the intestine wall it has permeated and how much it has spread outside of the digestive tract.

The most common types of colorectal cancer are adenocarcinomas. They start in the mucus layer of the colon and rectum walls. There are different types of adenocarcinomas, with some having worse outlooks (prognoses) than others.

There is no clear, single cause of colon cancer. However, there are a number risk factors associated with the development of this disease.

Screening is the most powerful tool in early detection and prevention. It usually takes 10 to 15 years for abnormal cells and precancerous polyps in the large intestine wall to develop into cancer. Regular colon cancer screening helps to identify malignant polyps before they become cancer cells.

People who should undergo regular colon cancer screening are individuals older than 45 and those with a strong family history of this cancer. Several types of screening tests are used, depending on the risk factors of the individual and what their doctor considers the best course of action. Screening tests for colon cancer can be divided into two primary categories:

Local treatment targets the tumor with no or minimal effects for the rest of the body. Local treatment is useful for smaller cancers that haven’t spread (early-stage cancers), though it can be used in other situations as well.

Local treatment can include:

Systemic treatments include medication taken either by mouth or injected directly into the bloodstream. They’re called systemic because they have the potential of reaching cancer cells in the entire body, not only in a single spot.

There are several different options for systemic treatment:

These colon cancer treatment options can often be used together in different combinations, such as chemoradiation therapy (a combination of radiation and chemotherapy) or surgery followed by chemotherapy. Doctors should work with their patients and discuss treatment goals and possible side effects to select the best possible treatment course.

In standard cancer diagnosis and treatment procedures, the tumor is sampled with a needle. This process is called biopsy and it can be difficult to perform, depending on the location of the tumor.

Liquid biopsy is an alternative to standard biopsy that is being extensively researched. In a liquid biopsy, the patient has to provide a blood, urine, spinal fluid, or pleural effusions (fluid around the lung) sample. It is easier to obtain these fluid samples than a sample of a tumor, and studies have shown that liquid biopsy can also contain cancer cells and DNA from the cancer.

At the moment, researchers are focusing on testing colorectal cancer DNA in liquid biopsies for gene changes (mutations). They’re hoping that by pinpointing specific mutations, they will help medical professionals select the best treatment (drug) for their patients.

Another branch of liquid biopsy research is looking into whether rising tumor DNA levels in a sample of liquid biopsy mean that the cancer is no longer responsive to certain treatment options. Liquid biopsies also have the potential of predicting a cancer’s recurrence (if the cancer comes back after treatment).

Long-Term Effects Of Nuclear War On Cancer Rates And Mortality

The nuclear age officially began in 1945, when the first nuclear weapons were tested in the United States and then used in warfare against Japan. Since then, the effects of…Read More